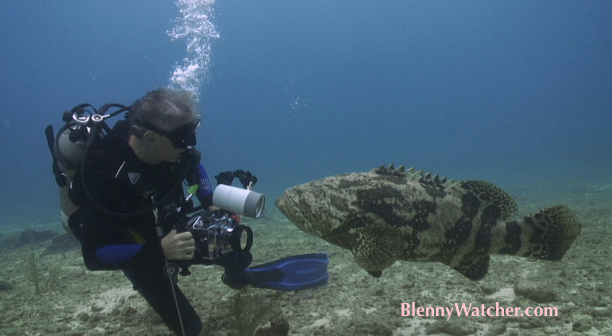 Happy Friday!  Blennywatcher is on the road, so I’m sharing some amusing marine life encounters from the archives. We don’t seek interactions with fish and critters – sometimes they just happen. The Goliath Grouper, hanging out in an area where some dive operators fed fish, stalked us, hoping for a hand-out. The head shaking behavior, shown in my video at the end of this post is interesting because a friend showed me similar footage of a grouper in Bonaire, where we are pretty certain fish were not being fed.

Just outside of La Paz in the Gulf of California, there is a famous stop for dive boats, Los Islotes. Everyone goes there to see the sea lions, but I was puttering along in the shallows looking for a barnacle blenny or two when I ran into a diver and a couple of sea lion pups that were checking out his gear: 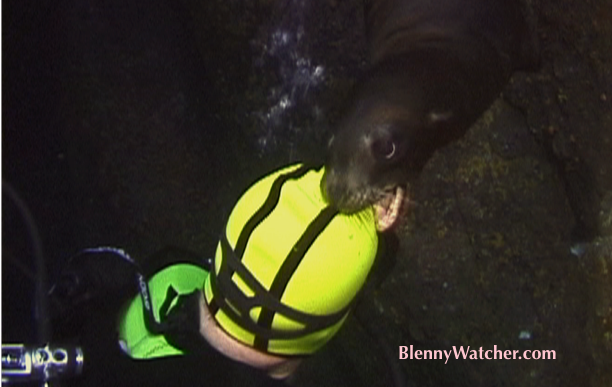 We spent a couple of days working in the Coral Restoration Foundation’s coral nursery in Key Largo. Divers cleaning algae off the bases attracted a lot of wrasses and other opportunistic feeders but the triggers were way more interested in my camera port. Ken Nedimyer said they were actually biting some of his volunteers. 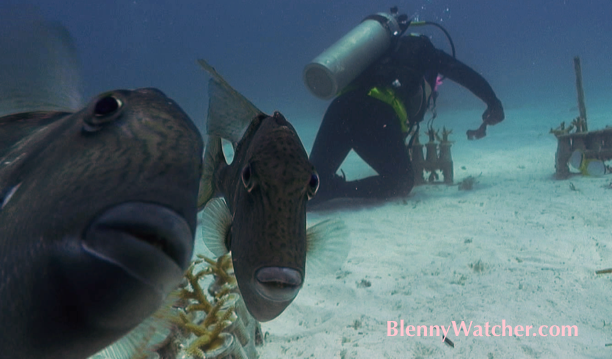 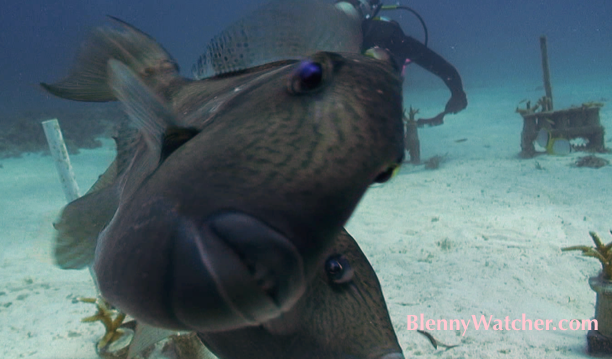 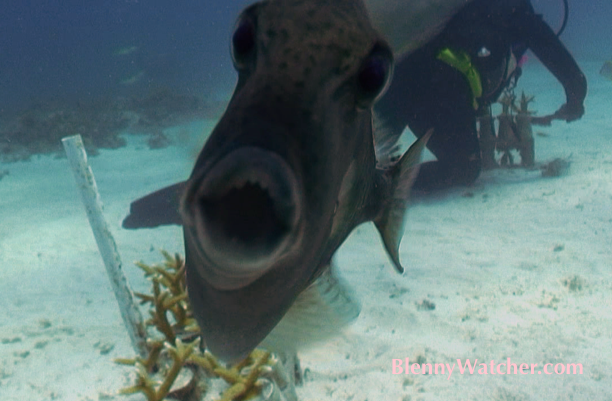 Back in 1995, we spent weeks in the same grass bed in Bimini, documenting the behavior of a colony of pikeblennies. A remora, a.k.a., sharksucker greeted us every day as we descended. We call them “sneaker heads” because the suction disk on top of their heads look like the soles of our shoes. This one was quite annoying, sometimes boldly chowing down on my ponytail (one of the reasons I started wearing a hood). 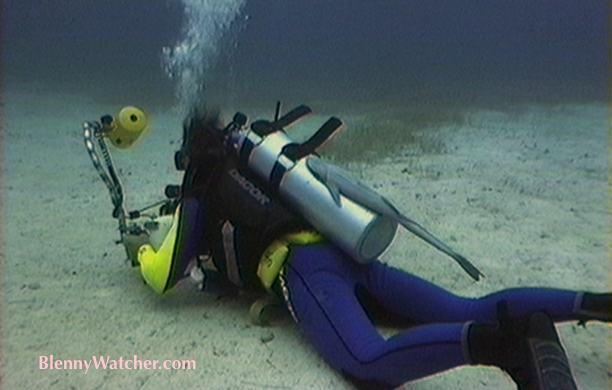 This video opens with footage from 1995, shot in Bimini. A Sharksucker with a Nurse Shark learns that timing is everything: