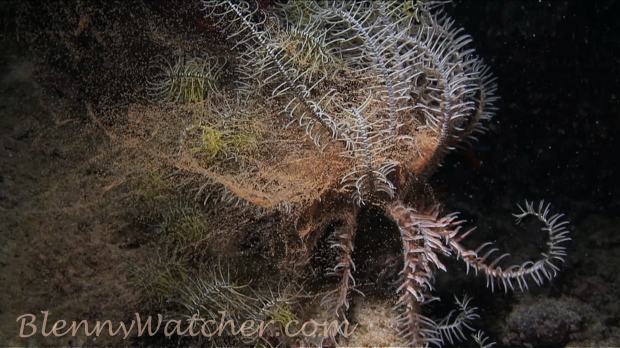 February, 2013 ~ While cataloging video from several dive trips to Indonesia I realized that quite a few of our observations of spawning echinoderms are from the same area (and site, in some cases) but different seasons and moon phase (video at the end of this post). In the Caribbean, where we have had the opportunity to dive during the annual coral spawn almost every year for the past fifteen, echinoderms (a phylum that includes sea stars, brittle stars and sea cucumbers) spawn a lot during the week leading up to the annual coral spawning; I wonder if that is the case in the Indo-Pacific. 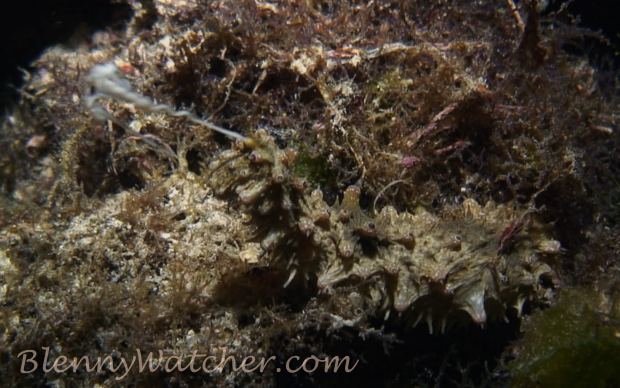 We’ve only seen this sea cucumber at night – and it was spawning! (video frame capture)

Six nights after the new moon of March 2009, on a night dive in Aljui Bay, we saw an unusual sea cucumber spawning at the very beginning of the dive. By the end of the 90-minute dive, we had seen brittle stars, a cushion sea star and several crinoids (also known as feather stars) spawn. 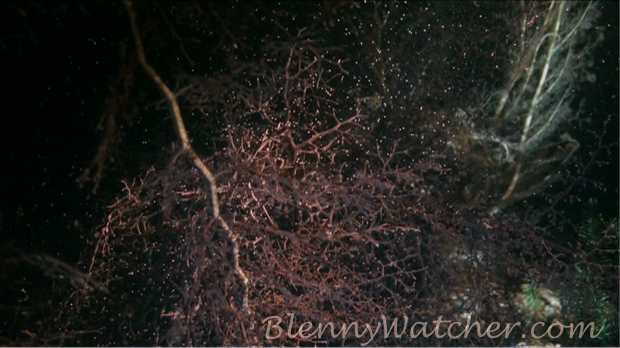 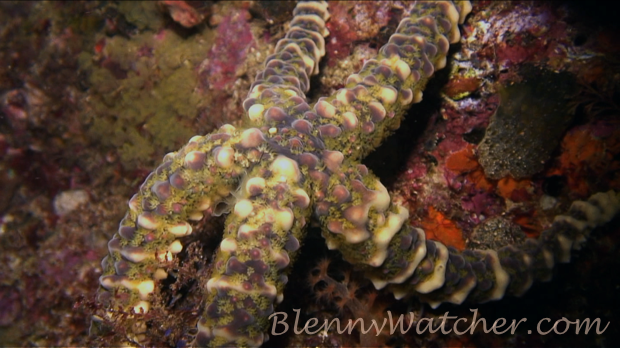 This past October, baskets stars spawned two nights in a row on the same site in Aljui Bay. A week later on a nearby island, a Warty Sea Star and several Magnum Sea Cucumbers spawned. I could tell from a distance that the sea star was spawning because it was standing tall, balanced on the tips of its legs. The Magnum Sea Cucumber is normally seen with just its feeding tentacles exposed, but this one had its body exposed, stretched up out of the sand. Sure enough, within a minute after spotting it, we saw it start spawning. We also saw a few corals spawn that same night but that was the last dive of the trip and we had to head back to port. Flying back to Sulawesi two days later, I looked down on Salawati and Batanta from the airplane and saw a telltale slick of coral gametes covering a wide swath of water below. Darn, missed it by a few days! 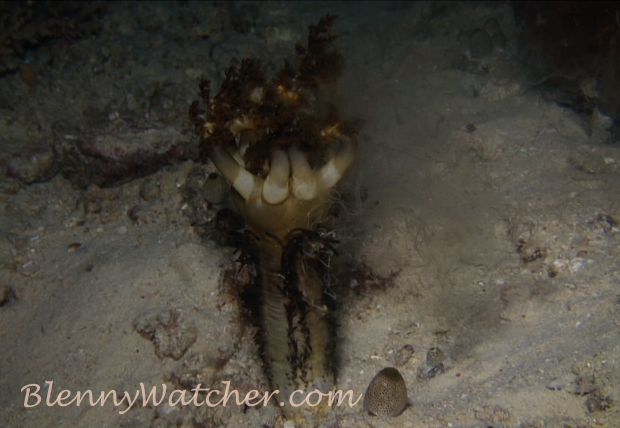 So, spawning echinoderms in March and October in the same sites  – there goes my theory of  synching to the coral spawn. Here is the video from my BlennyWatcher YouTube channel: