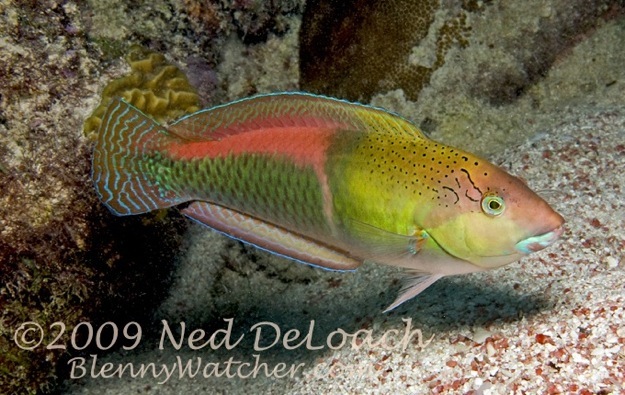 In Bermuda, the Yellowhead Wrasse is called a Redback

Isn’t this Yellowhead Wrasse from Bermuda gorgeous? Even though Bermuda shares many of the same species with the rest of the western Atlantic, the island’s geographical isolation has led to some interesting variations. For example, in Bermuda the terminal phase Yellowhead Wrasse has a red back – as can be seen in the photo above. In fact, their common name for this fish is Redback. 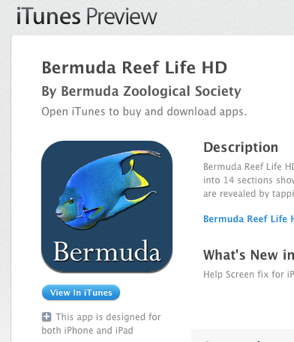 Earlier this year, our friend Ron Lucas sent news about the Bermuda Reef Life HD Apple IOS app that was developed for the Bermuda Zoological Society (BZS). It was adapted from Ron’s book, Bermuda Reef Portraits with assistance on fish identification and editing by another good friend and expert REEF surveyor, the lovely Judie Clee (one of the best ever ambassadors for both Bermuda and the oceans). I bought the app, not just because all the proceeds benefit BZS, but also because I was pulling video for a public aquarium project and it proved quite useful for giving me all I needed to know about Bermuda fish and the popular dive sites we had visited. Click here  or on the image to the left to go to the iTunes store to learn more or purchase the app.

The Puddingwife wrasse, pastel colored in the Caribbean, is brilliant blue, green and lavender in Bermuda. Normally very shy in other areas, a Bermuda Puddingwife will swim right up to divers. Ron shared this great shot of a Puddingwife in action, right after it grabbed an urchin. In addition to beautiful fish, Bermuda has some stunning hard coral reefs and judging from the photos of some bays the morning after their annual coral spawn, they must be quite healthy. 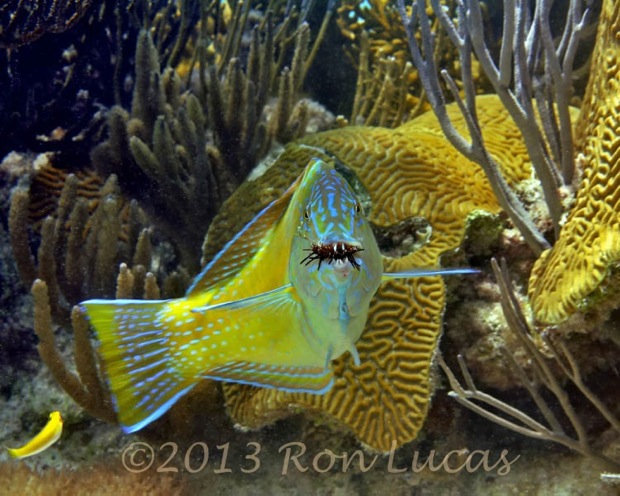 Bermuda is where we go to photograph life in the Sargassum (see our Spring 2013 Alert Diver article here), where I get to go bottle hunting (some photos of my collection here) and where we always have luck with juvenile fishes, like 2-inch Black Groupers and tiny Hogfish. Ned and I have led two REEF Field surveys there but there is also an active local fish survey team, BREAM, who have not only logged hundreds of fish surveys (and 265 species) to REEF’s database but in their effort to cover all territory have assigned some delightfully fanciful dive site names like Coralicious, Lemon Meringue Reef and Lumpy Bumpy – the names alone make me want to dive them! I’ll pass on Trifling Sandhole Reef, Slimy Sucker Reef and Mini Snake Pit but the names made me giggle. So, on this rainy Monday I’m daydreaming about this lovely little island – a short airline flight and only one time zone away…… 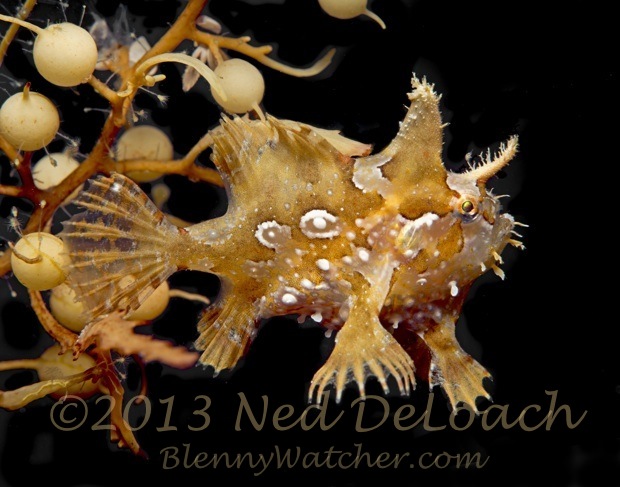 A Sargassumfish, one of the Bermuda species featured in our Alert Diver article

« A Bryozoan Goby and More!
Photo Friday: Body of Water »