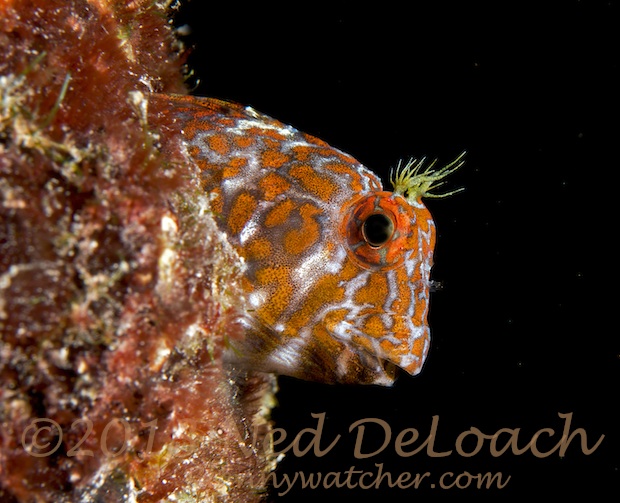 We’re heading to Bonaire soon and that means blenny hunting! In Ned’s photographs, enlarged on a computer screen, the differences between the Orangespotted Blenny, Hypleurochilus springeri and the Tessellated Blenny, Hypsoblennius invemar are obvious but unmagnified they looked very similar. Both can be found in the same habitat: empty barnacle shells or other small holes on dock pilings and always shallow, where even the gentlest surge makes it almost impossible to lock in and really get a good, long look at them. 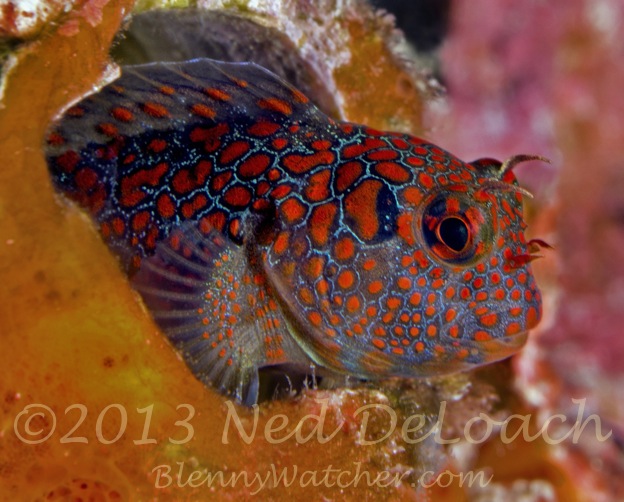 I found the Orangepotted right away and on just about every dock piling we visited. Of course, every time I found one, I was sure I had found the much-coveted Tessellated Blenny. Sometimes it took 10 to 15 minutes of hovering at a depth of 2 feet (did I mention the surge) studying cirri (the fleshy appendages above the eyes), colors and spot patterns to determine which blenny was holed up. The Tessellated Blenny has a distinctive, but not always evident, black spot behind the eye – using a light helped highlight that and the colors. My fellow blenny watchers agreed – it was usually easier to take pictures and sort them out back on land.

Occasionally, the fish would dart from their holes and perch out in the open. Like many blennies, they have a definite territory and favorite hangouts. After watching them a while, I could anticipate where they would stop, which gave me the chance to examine them for other differences. The Orangespotted Blenny has several dark bands toward the rear of its body that are absent on the Tessellated Blenny. 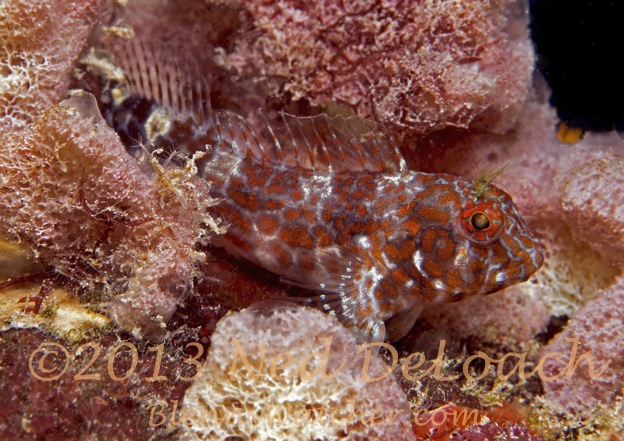 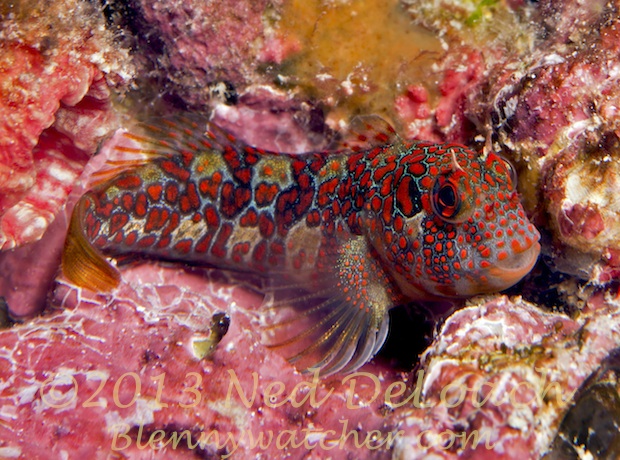 Tessellated Blenny out of its hole. Note dark mark behind the eye.

Last year, I made a Bonaire blenny map with the sites where we found different species and even found a few takers for the Bonaire Blenny Challenge. It will be fun to hunt for them again this year; we’ll post our results here so check back soon.