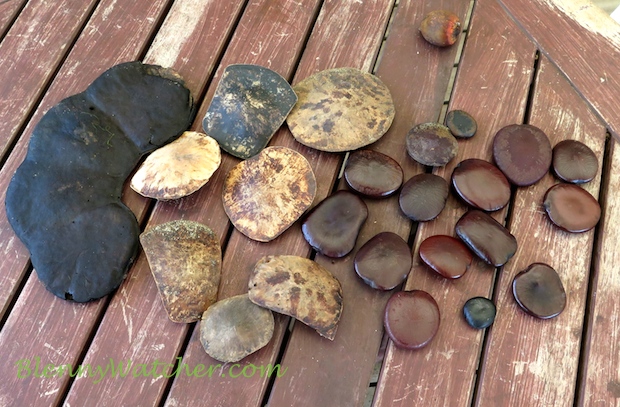 March 2015 ~ Blennies and sea beans – two of my favorite things – in the same week.  We’re ending our longest dry spell in years with a short land-based stay in Beqa (pronounced ben-ga) Island, Fiji, before we join friends aboard the Nai’a liveaboard dive boat. There is a very shallow, wide sand shelf here in front of Lalati Resort that is dry at low tide, making for hours of entertaining beach-combing and tide pooling. 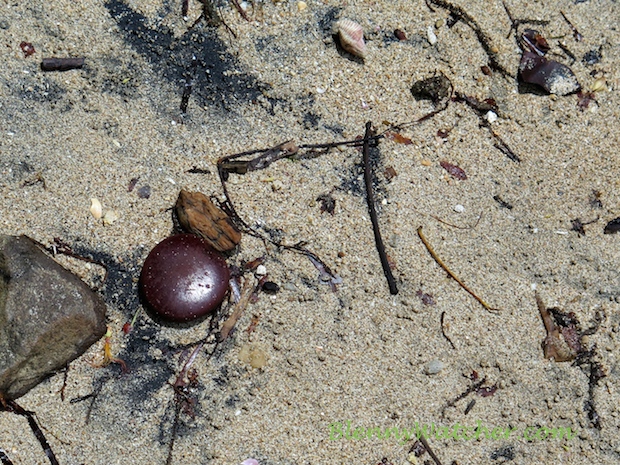 A sea bean washed up on shore, Beqa Island, Fiji

The wrack along the beach had loads of tropical drift seeds, a.k.a. sea beans. There was quite a variety of shapes and sizes, but I think they may all be from only one or two different plant species. Sea bean is the catch-all term for seeds that wash down from land and float at the caprice of ocean currents until tides or winds push them ashore, often far away from their native growth. I don’t know if my lucky haul was the result of favorable tides or if I am just the first sea beaner to wander along this stretch in a while. 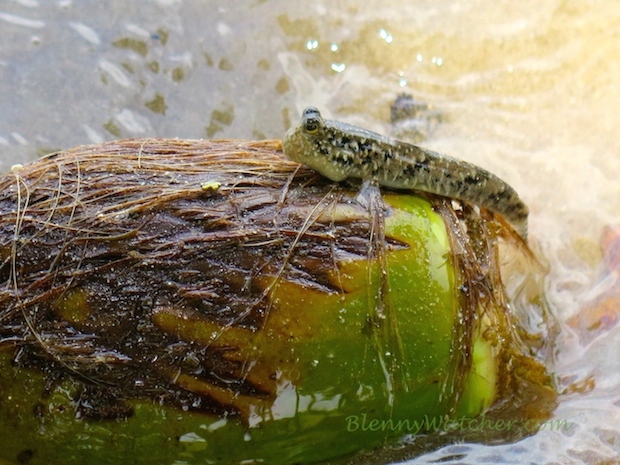 A mudskipper rests on a washed-up coconut before resuming its flight from me!

At dawn, we watched a small heron chasing and catching small fishes along the water’s edge. Now, as I slog along, mudskippers, a.k.a. rockskippers, tail walk across the water in front of me. Having escaped being breakfast for the bird, they weren’t taking any chances with whatever danger I represented. 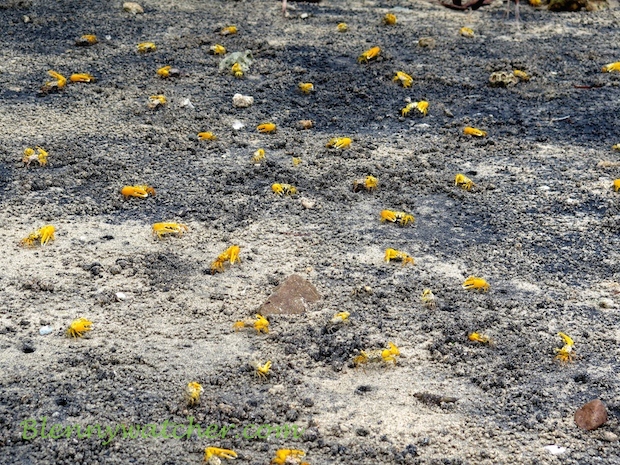 They looked like little yellow leaves fluttering in the breeze: Fiddler crabs

When the tide was out, thousands of small yellow fiddler crabs emerged from sunken burrows to feed and, in the case of the males, attract a mate. What appeared from shore as fluttering yellow leaves were males, waving with much enlarged claws to beckon wandering females. The males seemed to stay near their holes, while the females wandered; I learned to spot the female by looking to the center of a group of waving claws. 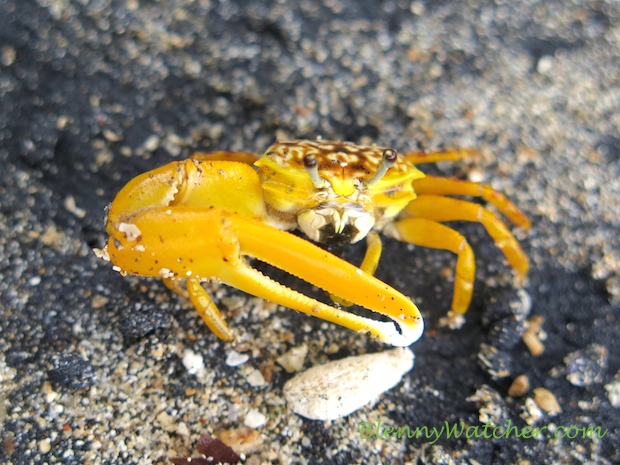 Not interested in sea beans, Ned was enticed off the porch by the crabs and we spent hours watching them feed, chase and fight. The male crabs engaged in minutes-long battles, often ending in a short fencing match sending the apparent loser scurrying into his nearby hole. 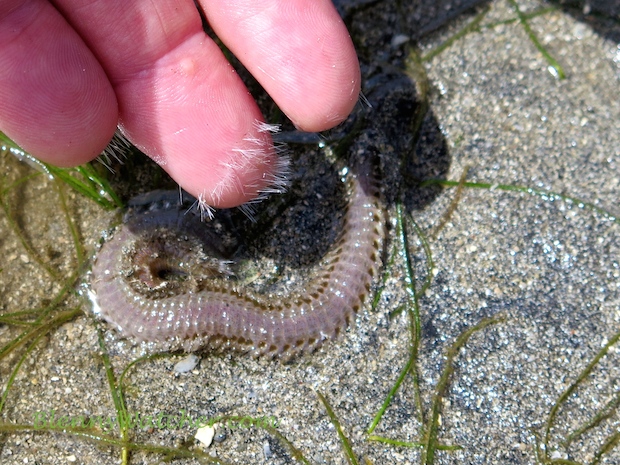 Nailed by a bristle, a.k.a., fire worm – the hazards of turning rocks!

Rock-turning can have its hazards. Divers are taught to avoid contact with fire worms, large segmented worms that earn their common name from their many bristles, that can inflict a burning sting. Ned had a temporarily painful encounter with one that was sheltering under a rock that he flipped. 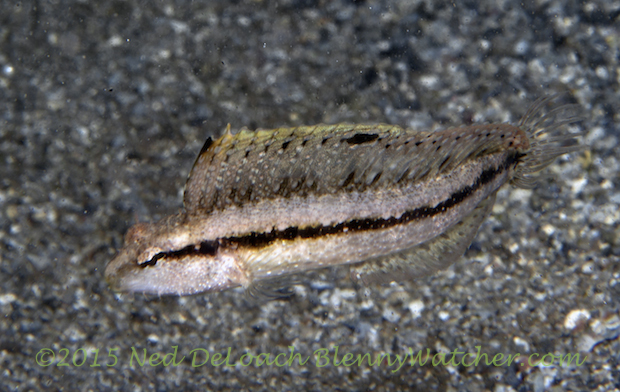 We chose this resort so we would have the option of diving from shore or off the boats. The shore dive was best at high tide, so we dived the first two days there, then joined Krista and Lars on the Blue Starfish Dive Centre boat for the next two days. We added another blenny to our life lists: the Smooth Fangblenny and that got me so excited that I spent the rest of the week hunting for blennies. Check back soon for our collection of Fiji blennies.