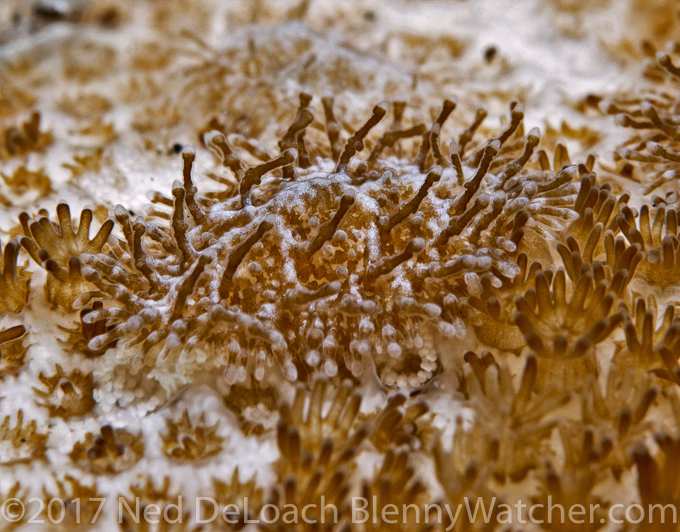 October 29 ~ Happy Sea Slug Day 2017!  It is no accident that Sea Slug Day coincides with the birthday of nudibranch expert, Dr Terry Gosliner, Senior Curator at the Department of Invertebrate Zoology and Geology of the California Academy of Sciences. It is a day to celebrate these beautiful animals and honor the scientist who has documented so many of them.

My celebration offering is one of our favorite sea slug observations from Lembeh Strait, Indonesia: several Pinufius rebus, a species that lives and preys on Porites coral. 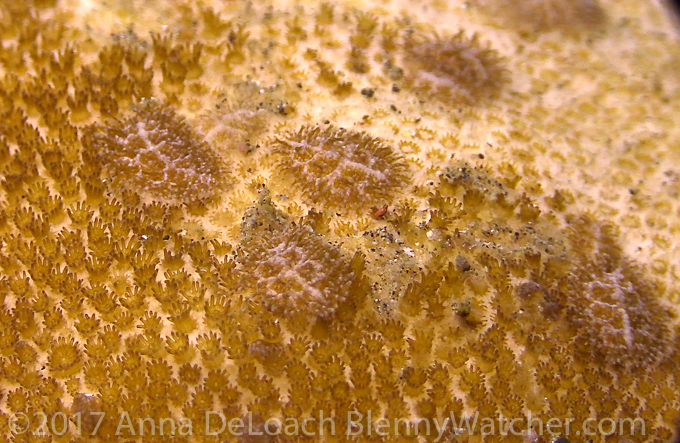 We sent Ned’s photo to Dr. Ángel Valdés who identified them as Pinufius rebus, a nudibranch that eats Porites coral, so that was the answer to that. And we added another species to our nudibranch life lists.

The pattern of cerata on the nudibranch mimics the Porites polyps so the ones on the side of the little coral head are really well camouflaged. The nudibranchs on the top of the coral colony stand out because they have eaten most of the coral polyps. 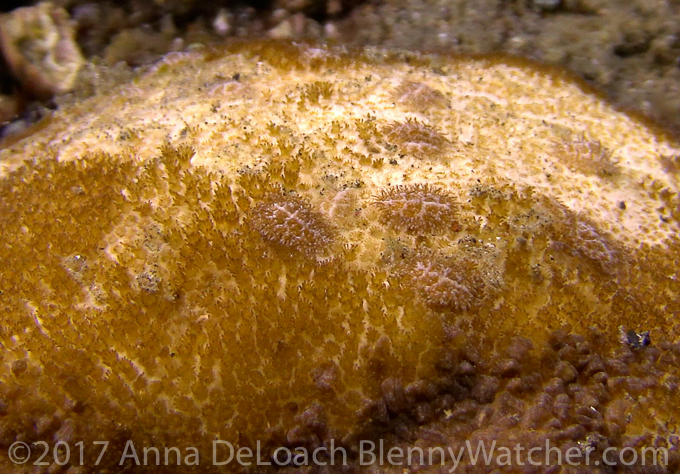 I enlarged a video frame capture to look at these a little more closely and wonder if there are little strands of eggs by the nudis? 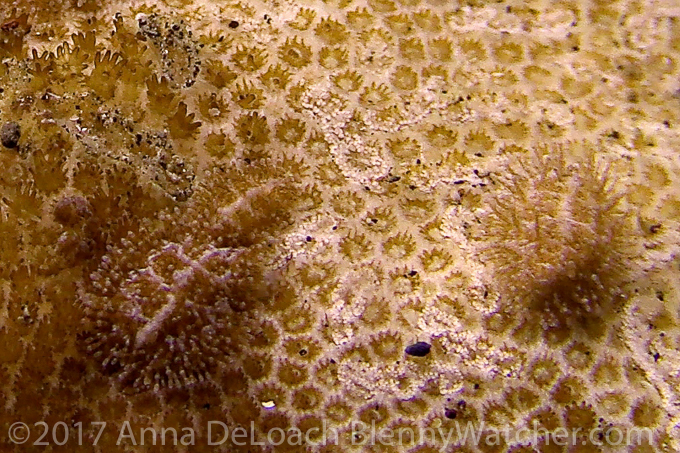 Search on “Sea Slug Day” or  Twitter #seaslugday for more offerings from around the net.