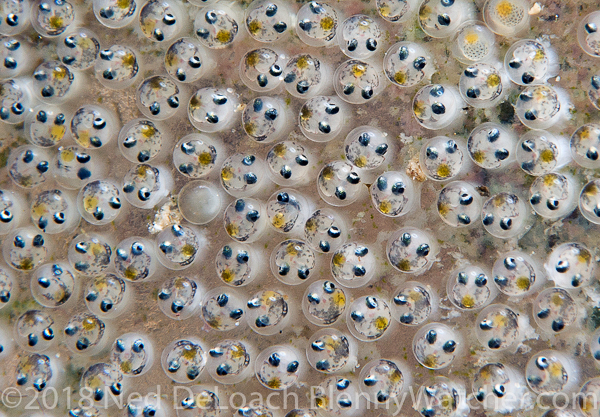 All these little blennies looking up at me!

Lembeh Strait, March 2018 ~ Our visit to Lembeh was short this time – we stopped over for a week on our way to Triton Bay – so I concentrated on things like comparing populations of blennies on certain sites, with what we’d seen during our extended September-October stay, just four months ago. One of my favorite blennies in Lembeh is the very large Ceram Blenny, Salarias ceramensis.

Over the years, we’d run into an occasional five or six-inch individual up in the shallows at Police Pier, that famous and now off limits dive site along the mainland side of the Strait. We’d see smaller (slightly) individuals on many of the other shallow, protected sites with complex habitat. 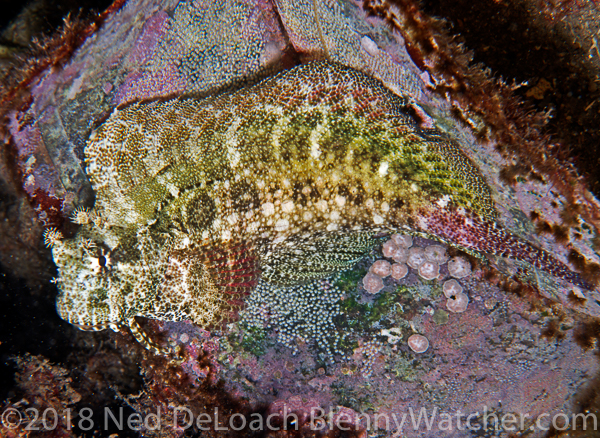 I saw this particular blenny when it dashed out to feed. It was really dark, almost black, and I would try to sneak up on it as it fed on what I think was algae. The blenny would see me and scurry off in the same direction every time, disappearing into the shallow coral thicket. Its color lightened as it fled, making it difficult to follow with my eyes. After about 20 minutes of cat and mouse chases, I figured out that the blenny was hiding under a piece of broken hard plastic. I gently lifted the plastic to discover it was guarding eggs. 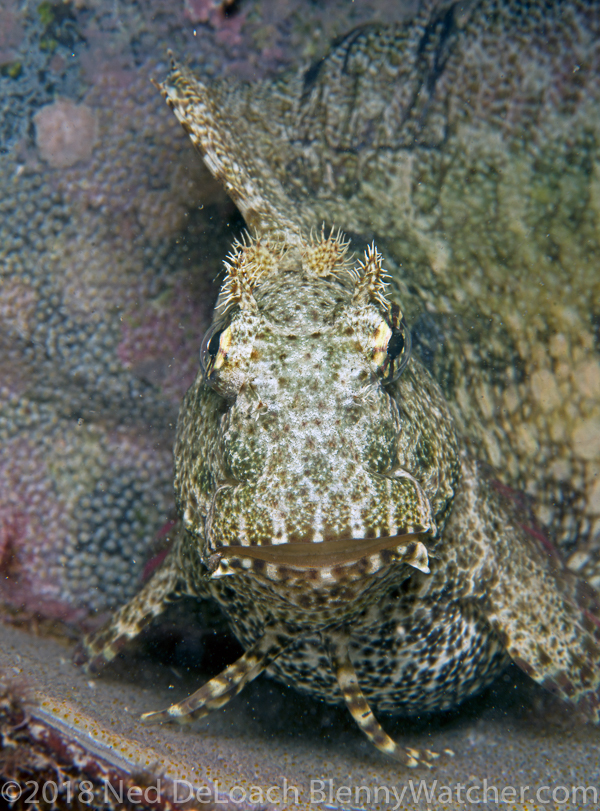 Check out the cirri on this male Ceram Blenny, Salarias ceramensis

I love their cirri, the fleshy appendages over the eyes and nape. The Ceram Blenny has very distinctive cirri – large, fringed, and paddle-shaped – a pair over the eyes and a pair at the back of the head. I’ve never found a definite explanation for the purpose of the cirri – I read that some carry chemosensory cells – but the males of some species definitely have much larger, more ornate cirri than their female counterparts. So maybe the cirri are there to attract mates. 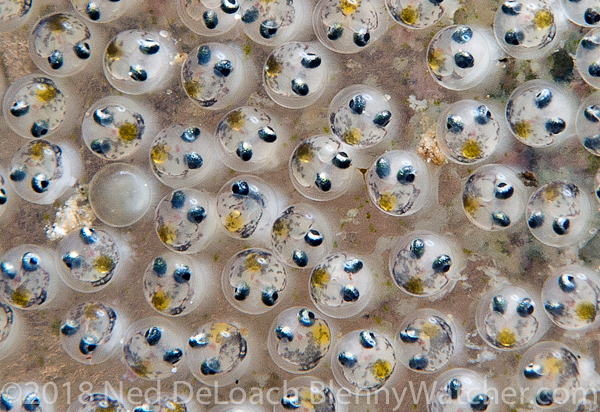 No way to know how old these eggs were. We checked on them daily, over a period of four days, curious about their progress from little cream-colored, yolk-filled spheres to developing embryos with pigmented eyes that seemed to stare back at us. In aquariums, eggs of another species in the same genus, Salarias, are known to hatch at night when they were 8 days old.

The dedicated father never fled when we checked on his eggs and we, in turn, tried not to disturb him for too long. We’re looking forward to our next visit to Lembeh; I’ll definitely be spending my time with the blennies!