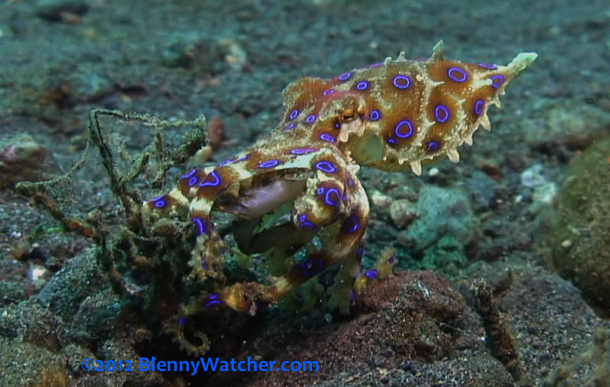 Bali, Indonesia ~ I spotted the Blue Ringed Octopus as it swam across an open expanse of rubble and landed on a small rock. It was late afternoon and the current was quite strong, so I had decided to head back to the shallows where there was more light and where it would be easier to get back to the boat. I spotted the octopus and forgot all about the marginal conditions.

We have had more success observing blue rings catching prey than with any other octopus. I suspect it is because they are the least disturbed – if we find one out hunting, it almost always carries on with its business. This one paused for a minute then swam on to another rock, paused, eyed me, then moved on again. This time it moved slowly around a rock, extending arms down into crevices, feeling for prey. Usually the prey items, such as small shrimps or crabs, are too small to see, but today the octopus pounced, drew out a fat crab and swam to another rock, crab legs visibly dangling under its skirt. 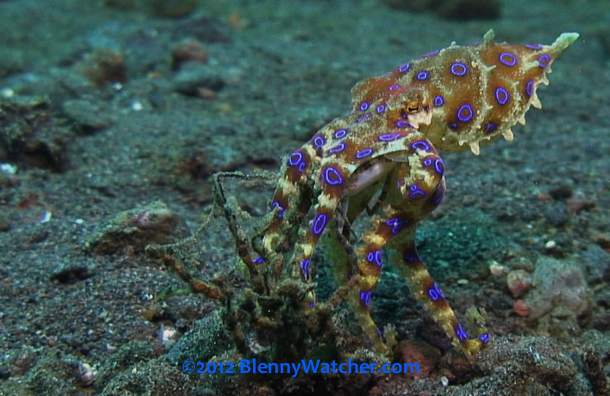 This video is a little longer (four minutes) than my usual Blenny Watcher pieces because I wanted to show a little more of the hunting behavior.